"By the middle of the 21st century, a team of fully autonomous humanoid robot soccer players shall win a soccer game, complying with the official rules of FIFA, against the winner of the most recent World Cup."
- Source: www.robocup.org -

You are interested in programming NAO-Robots and studying Computer Science at Goethe-University ?
We are always looking for new Team-members! 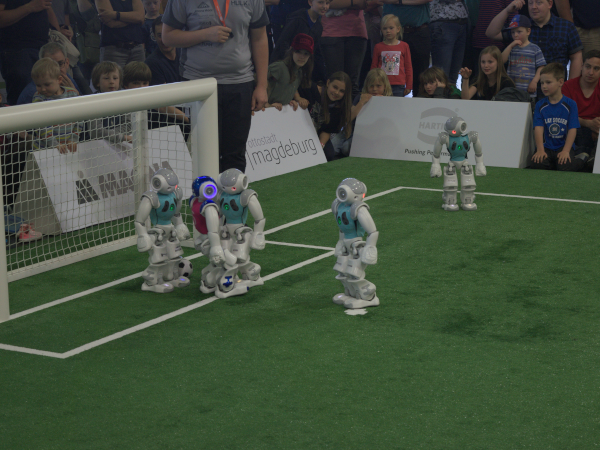 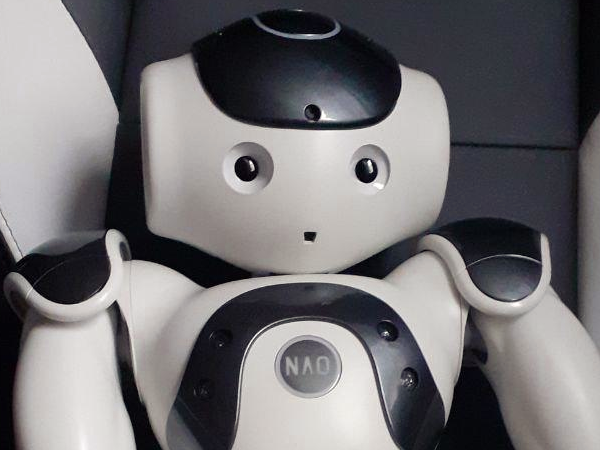 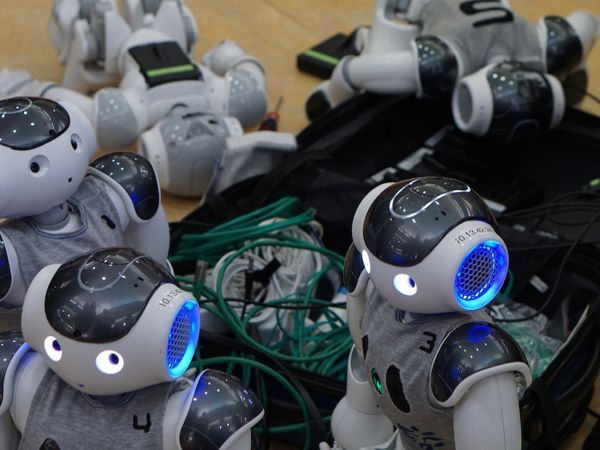 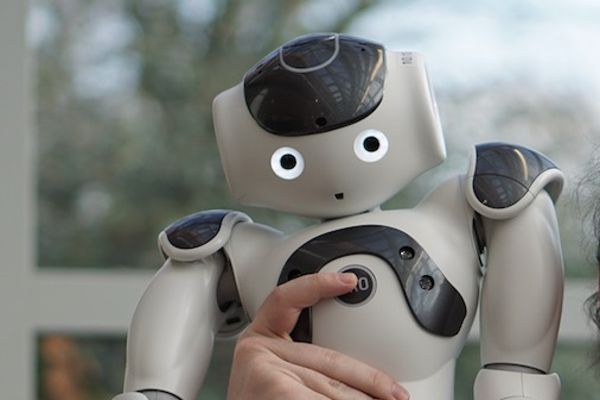 RoboCup is an international research initiative in which, among other things, robot soccer teams compete against each other in national and international tournaments.

In RoboCupSoccer, there are different leagues which differ regarding the design of the robots. Some leagues play with humanoid robots, others with cone-shaped ones on wheels, still others play only virtually. You can find leagues with self-built robots, and leagues where all teams use the same robots.

We play in the "Standard Platform League", where all teams program the humanoid robot "Nao".

In Germany there are several teams from different universities competing in the Standard Platform League. Usually, we meet annually for the German Open and the World Championship, the RoboCup, which takes place in a different country every year. There are also smaller events that take place on a regular basis, such as the “BembelCup", for example, which we used to organize at the Night of Science.

The soccer field of the "Standard Platform League" is 9×6 meters. In each game, two robot teams compete against each other, playing completely independently. The programmers can only watch and cheer on their own robots! As in a real soccer game, rules are controlled and enforced by human referees – although the rules of robot soccer in the Standard Platform League are not equivalent to those in soccer played by humans. The most common foul is "pushing," the jostling of opposing robots, which is punishable by a time penalty or free kick.
The rules are made more difficult every year to get closer to the long-term goal of programming a robot team that can win against the FIFA World Champion by 2050.