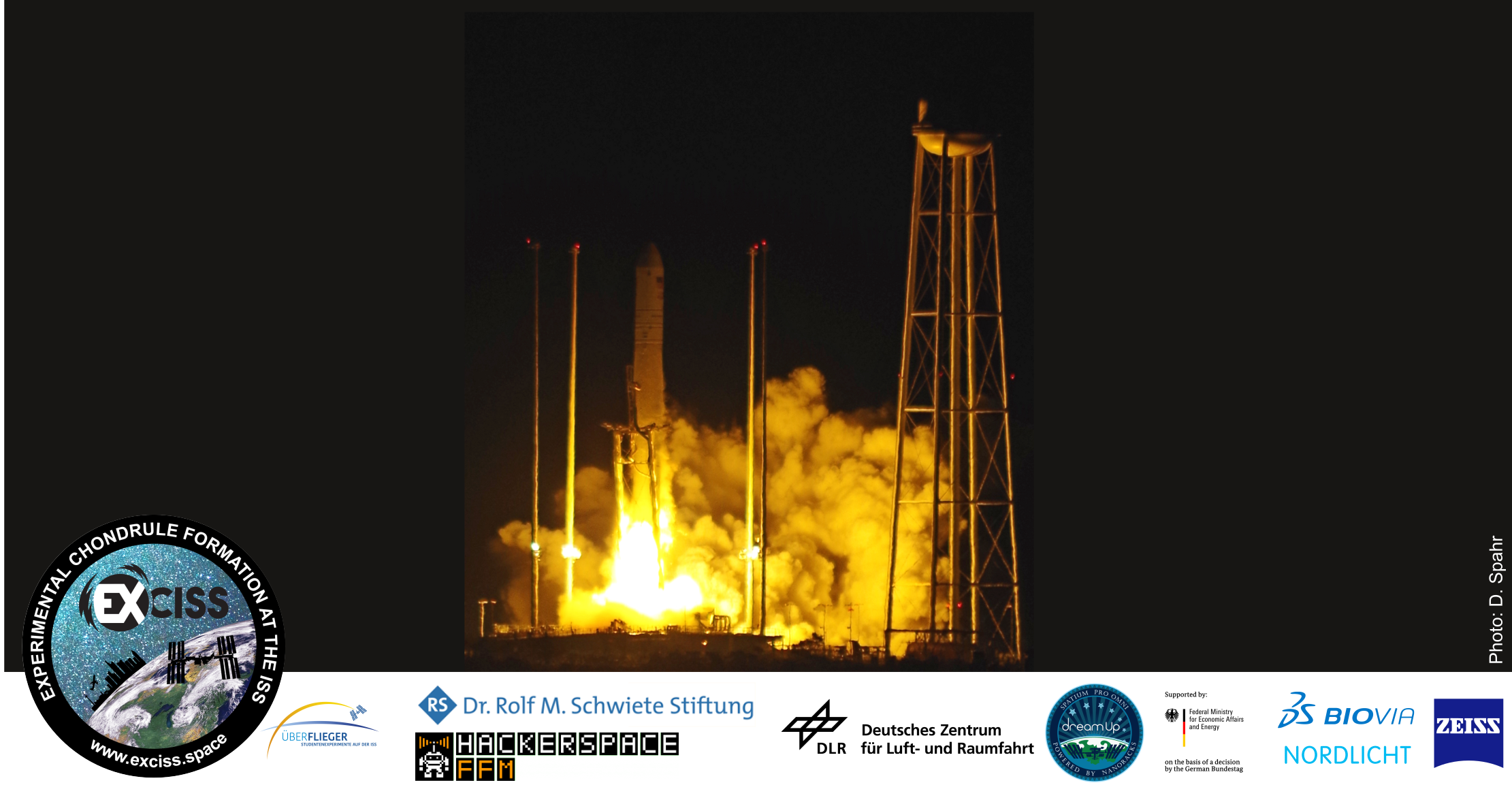 EXCISS (Experimental Chondrule Formation at the ISS) represents a planet formation experiment which was carried out aboard the International Space Station (ISS) from November 2018 to January 2019 during the Horizons Mission of the German astronaut Alexander Gerst. The experiment was among the winning experiments of the “Überflieger” competition of the Deutsches Zentrum für Luft und Raumfahrt (DLR).

The most common theory of planet formation assumes that planets have formed from small, spherical objects named chondrules. These chondrules can be found in most of the primitive meteorites and some meteorites can consists up to 80 vol% of chondrules. They belong, among calcium-aluminum-rich inclusions to the oldest material of our solar system.

Despite there importance in understanding how our solar system have formed, there is little knowledge about the circumstances which formed chondrules. More than 4.56 billion years ago, our solar system consisted of a protosun and a dense nebula of gases and silicate/metal dust particles. These dust particles and aggregates were heated to 1700–2100 K by a still unknown mechanism which lead to the formation of chondrules.

Many conflicting theories about the possible heating mechanism have been proposed. The EXCISS experiment deals with the “nebular lightning theory” which proposes that chondrules formed by electrical discharges.

In the experiment, silicate dust particles were freely floating in a sample chamber aboard the ISS and zapped with arc discharges in order to observe the behavior – e.g. melting and accretion of the dust particles. Most currently, the experiment has returned to the Goethe University and the experimental data are under evaluation.