Chondrules are usually submillimeter to millimeter sizes small spherical objects which can be found in most of the meteorites and they can make up to 80 vol% of the mass of many meteorites. Chondrules belong, among calcium-aluminium-rich inclusions to the oldest material of our solar system. And they are meant to be the building blocks of our solar systems, meaning that most of the stony planets and asteroids were made of chondrules. So if we know how chondrules formed, we can gain a lot of information about processes in the very early stage of our solar system. However, chondrules have been studied with nearly every analytical method over the last 100 years but we still do not have an answer on how they formed.

However, the formation of chondrules is still the topic of intense scientific debate and many conflicting theories have been proposed.  It is commonly accepted that most of the chondrules must have formed 4.56 billion years ago. Our solar system consisted of a protosun and a dense nebula of gases and silicate/metal dust particles which is called the solar nebula. The texture of chondrules indicates that they crystallized from a melt. The dust particles in the nebula accumulated by collisions and formed aggregates. This aggregates and dust particles must have been heated to 1700–2100 K by a certain event and formed chondrules. Many conflicting theories for heating events and the formation of chondrules have been proposed, e.g. the nebular lightning theory.

The nebula lightning theory assumes, that 4.5 Ga years ago when our solar system consisted of a protosun dense nebula of gas and dust particles, electrical discharges tend to the melting of dust aggregates which formed chondrules.

This theory says that precursor grains in the solar nebula were heated during electric discharges. The idea behind this is that dust in the solar nebula underwent tribocharching by collisions of dust particles. A following charge separation lead to large-scale electric fields which caused an electric breakdown, the rapidly discharging occurred by lightning bolts. As for any other chondrule formation theory, there are many arguments for and against the theory.

On the photograph (taken by Dominik Spahr), you can see a cut slide of the Allende meteorite. Allende is an ordinary meteorite which contains many chondrules. 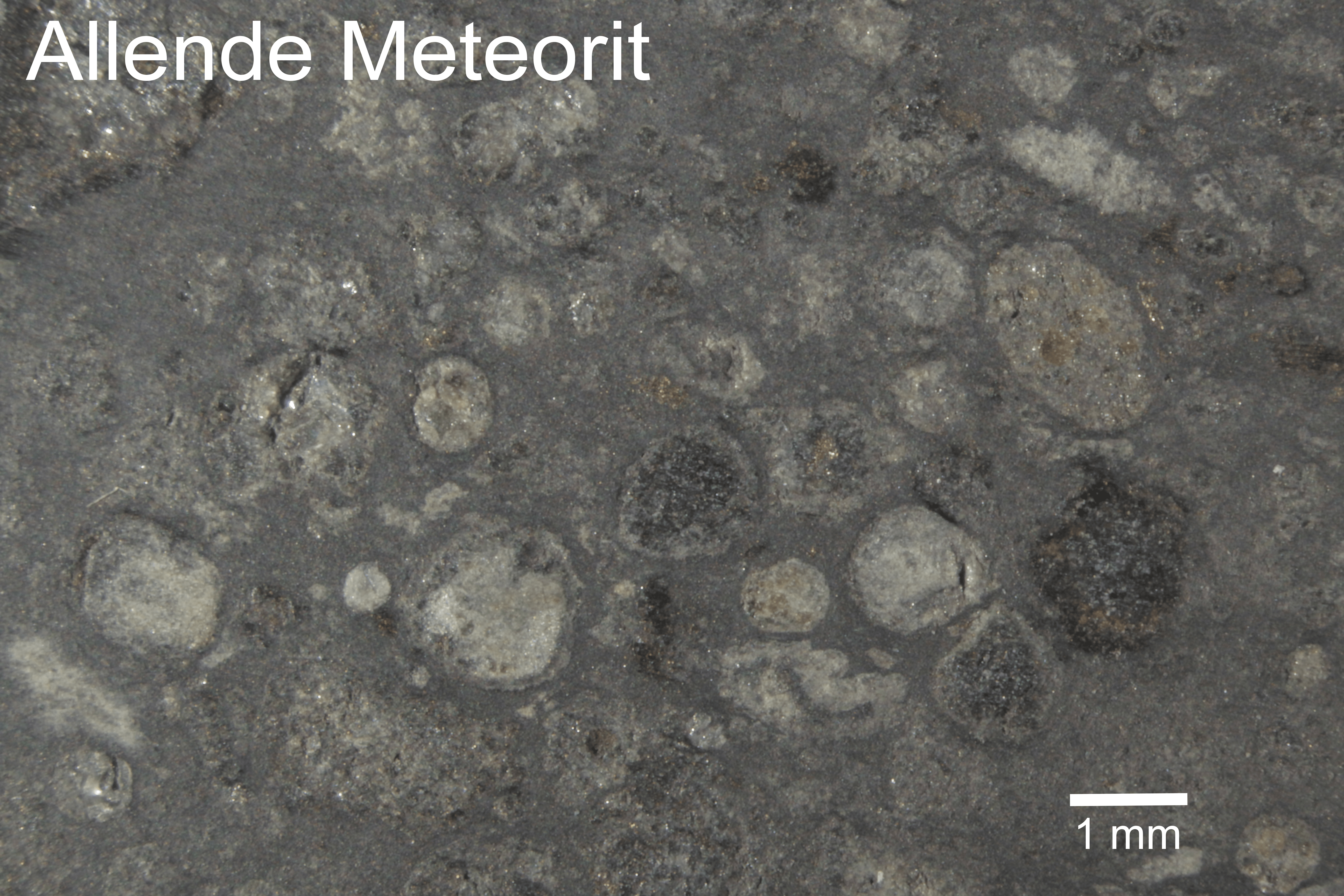