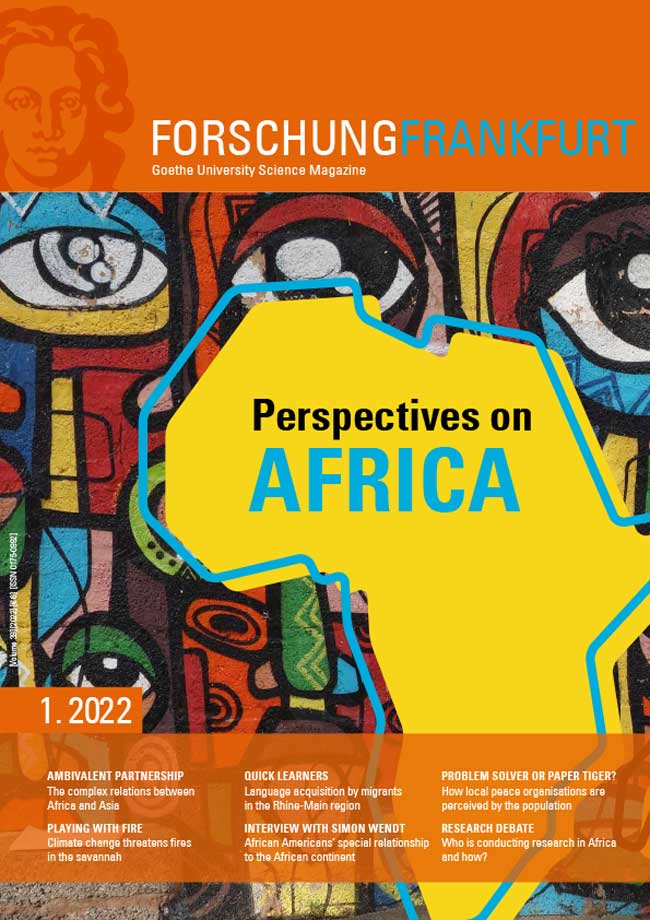 “At home, we didn't even have a book about Africa"
Now and then: an intergenerational dialogue on African Studies at Goethe University Frankfurt
By Anke Sauter

A country between hope and uncertainty
Democracy, mobility and biotechnology in Tunisia after 2011
By Veit Bachmann, Kmar Bendana and Betty Rouland

Research in Africa – who is talking about whom?
Insights into the debate on representation, decolonisation and the future of African Studies
By Melanie Gärtner

From slavery to Barack Obama
Simon Wendt, Professor of American Studies, on the multifaceted significance of Africa for Black America
By Dirk Frank

Here we go gathering!
A German-Beninese team is studying the world of fungi in West Africa
By Stefanie Hense

To receive a printed issue of Forschung Frankfurt, please contact: