Carbonates inclusion in natural diamonds formed at lower mantle show high Sr and REE elements enrichment and evidence the existence of carbonates in the mantle and also raised the question on the role of carbonates as a possible carrier of trace element in the Earth’s mantle. The phase 2 of the project 4 particularly focuses on phase equilibria and fractionation processes between trace-element doped magnesite and mantle silicates at lower mantle conditions. To get a better understanding of the stability of the magnesite in presence of mantle phases at deep mantle condition and the distribution processes of the trace element during the reaction.

To reach the aim of this project, we investigate reactions using laser-heated diamond anvil cells (LH-DAC) Therefore, synchrotron radiation induced X-ray fluorescence is used in combination with XRD and allows qualitative and quantitative chemical analysis of the phases present at high pressure and high temperature with high sensitivity, particularly for trace elements. These will provide us structural information on the present phases, as well as the onset of melting during reaction. 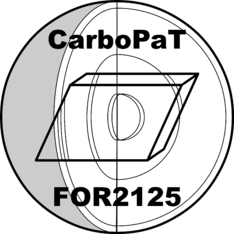