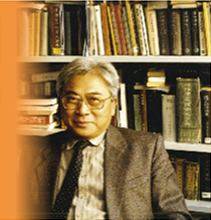 After the end of the war, the directorship of the Institute as well as the professorship were scheduled to be newly filled. This resulted in a quarrel between Hentze and Rousselle, who both asserted their claims. Due to the circumstances of his ascension to the professorship during the war, Hentze was regarded as politically burdened because he allegedly was forced upon the university after an intervention of the then Gauleiter. Moreover, for reasons of age, he was out of consideration. Since Rousselle died in 1949, Adolf Jensen was appointed interim director of the China Institute. Jensen had been director of the Frobenius Institute, director of the ethnological museum and professor for cultural anthropology at Frankfurt University since 1946. In 1962, he handed the interim directorship to Otto Karow (1913-1992), japanologist and professor for East Asian philologies, who filled this position until 1972. Neither Jensen nor Karow were really qualified to continue the work of the China Institute so that this institution continued to exist in all but in name.

After the Johann-Wolfgang Goethe University had been transferred into the ownership of the state of Hesse, the professorship for Chinese studies was re-established in 1973. Newly appointed as professor was Chang Tsung-tung (1931-2000) from Taiwan, an economist and sinologist, who mainly did research on palaeography and classical Chinese philosophy. The China Institute was re-established under his leadership and organized as an association financed by its members and private donations. In this way, the professorship and the China Institute became separate entities in terms of finance and organization. The revived Institute had the explicit goal to re-connect to its tradition of cultural exchange and communication of the times of Richard Wilhelm and Erwin Roussselle. This meant that the Institute started its work with series of lectures, exhibitions of Chinese art and concerts of traditional Chinese music.