Prize Winner of the Paul Ehrlich and Ludwig Darmstaedter Prize 2020 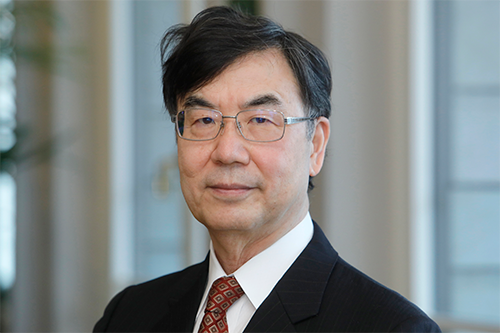 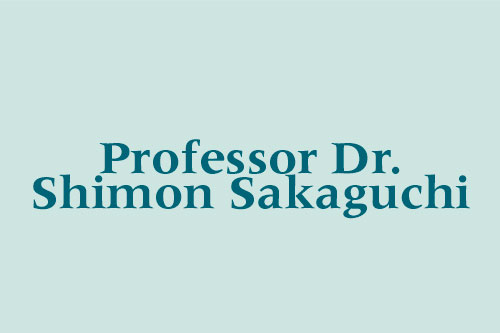 Immune cells can be highly aggressive. However, they keep a sense of proportion and generally do not overshoot the mark; this is largely thanks to the regulatory T cells discovered by Shimon Sakaguchi. These cells keep the immune system in balance and help it to distinguish between an attack and a peacekeeping mission. This role also qualifies regulatory T cells for therapeutic applications because the immune system may need a damper in some diseases and a kick in others. Many believe that regulatory T cells will soon be the new heroes of medicine and used to treat autoimmune disorders, cancer and undesired side effects after organ transplantation.

“Horror autotoxicus" is what Paul Ehrlich called a state of self-destruction he thought was highly likely; a hypothesis he could not prove at the time. He was firmly convinced that the immune system can also attack and destroy the body's own tissue, but for some reason does not. Paul Ehrlich was unable to say how such a protective mechanism might look. Only now has the definitive answer been provided – by Shimon Sakaguchi from Osaka University, the winner of this year's Paul Ehrlich and Ludwig Darmstaedter Prize. In 1995, Sakaguchi showed that regulatory T cells afford the immune system a peacekeeping force, which exits from the thymus shortly after the conventional helper T cells. From then on, it keeps a close eye on these effector cells as they patrol through the individual organs. If the helper T cells erroneously declare the body's own tissue to be the enemy, the regulatory T cells intervene and call off the attack. In this way, the regulatory T cells ensure that the immune system distinguishes between what belongs to the body and what is foreign. This ability, called self-tolerance, is needed in many situations: It helps us to coexist peacefully with beneficial bacteria and viruses, and it protects the growing child during pregnancy even though it is foreign to the mother's body due to the information in its paternal set of chromosomes.

However, Sakaguchi upheld the significance of his findings against considerable resistance. In the 1970s and 1980s, it was believed that self-tolerance is decided upon exclusively in the thymus – an organ found behind the sternum, which is highly active until puberty but then has only a comparatively low maintenance function. In the thymus, precursor cells freshly delivered from the bone marrow undergo a complex training process that turns them into mature T cells. The T cells, which recognise the body's own tissue in the process and are known as self-antigens, are rigorously weeded out and driven to pre-programmed suicide. This clean-up operation is sufficient for effective self-tolerance – this was the thinking at the time. However, this idea failed to take two important aspects into account: Firstly, whatever the school, not all poor performance is sanctioned, and secondly, the teaching curriculum is often incomplete. This also applies for the thymus “school", as there are self-antigens in the peripheral organs that rarely or never show up in the thymus and therefore do not take part in the maturation and education process. Hence, a peacekeeping force is needed to prevent overreactions against “self" structures. If errors occur during this process, there is a risk of autoimmune diseases developing, such as rheumatoid arthritis, type 1 diabetes, Crohn's disease, multiple sclerosis or autoimmune thyroiditis.

There was already earlier evidence of a peacekeeping force in the immune system, but it received little attention. If, for example, the thymus was removed from healthy mice three days after birth, the animals developed an autoimmune disorder. If their thymus was not removed until the seventh day after birth, no autoimmune disorders developed. This showed that the thymus must have built a protective shield after the third day, which prevented autoimmune diseases from developing. This protective shield consists of dispatched regulatory T cells – except that these cells could not be explicitly identified at that time because nobody knew what special features they had. That is why, for a long time, regulatory T cells were “invisible" among the large numbers of conventional T cells. Hence, because they could not be clearly identified and categorised, many scientists quite simply doubted their existence.

That is why Sakaguchi searched for a corresponding marker, which should then serve as a “fishing hook" for the isolation of regulatory T cells. He found it in the surface protein CD25 (also known as IL-2 receptor alpha chain). Regulatory T cells are the only T cells that constantly synthesise vast amounts of this protein, and they can therefore be systematically fished out from the large mass of conventional T cells using this marker. The significance of this discovery was enormous. Firstly, it showed that regulatory T cells really do exist and that it is possible to isolate and thus study them better. Secondly, the marker also pointed to the special properties and requirements of regulatory T cells. In view of the high density of IL-2 receptor on their surface, these cells evidently had to be dependent in some way on the cytokine IL-2. This gave Sakaguchi a vital clue for his further research.

However, Sakaguchi also made another important discovery. He showed that regulatory T cells contain a protein called Foxp3. They use this protein to control the machinery that attenuates the immune system where necessary. This makes Foxp3 the main switch for activating regulatory T cells, their on-off button, so to speak. Patients with the very rare congenital IPEX syndrome lack the Foxp3 protein. As a consequence, these patients develop severe autoimmune disorders soon after birth, from which they often die at an early age. The fact that the absence of regulatory T cells is responsible for the IPEX syndrome made it unequivocally clear that these cells are also present in humans and of great clinical significance. At least from that moment onwards, clinical interest in these cells was aroused.

Therapy through damper or kick

The fact that there is a peacekeeping force outside the thymus makes it a good target for the treatment of a wide variety of diseases. Diseases that come to mind are those where the immune system runs riot as well as those where it fails to act with the necessary consistency against irregularities. The latter is the case, for example, with cancer. A tumour indeed consists of the body's own cells, but because the tumour cells no longer adhere to the normal programme and step out of line, the immune system should in fact recognise them as foreign and eliminate them. However, this does not happen because the cancer cells are able to hide behind the protective shield of the regulatory T cells and thus evade an immunological attack. Sixty to eighty per cent of the T cells present in a tumour may be regulatory T cells. By comparison, the proportion of these cells among the T cells in a tissue is normally not much more than five per cent. In addition, we also know today that the more regulatory T cells reside in a tumour, the worse the cancer prognosis is. For successful treatment, the regulatory cells would therefore have to be disciplined or reduced – either by decreasing their number in the tumour or by blocking their action. In any case, the goal as far as cancer is concerned is to attenuate the regulatory cells and thus unleash the destructive capability of the immune system so that it can take decisive action against the tumour cells.

In this context, however, it is important to proceed as accurately as possible and focus only on the tumour because the regulatory T cells are also needed elsewhere in the body. Attenuating them throughout the whole body might otherwise trigger autoimmune disorders because maintenance of self-tolerance elsewhere would be compromised. Sakaguchi is therefore searching for ways to systematically convert the regulatory T cells in the tumour into conventional helper T cells and in this way to take down the protective shield, while preventing such effects in the body's other tissues.

By contrast, for the treatment of autoimmune disorders, allergies or rejection reactions following organ transplantation, the activity of regulatory T cells must be boosted; in these conditions, immune effector cells mistakenly target the body's own tissue or the donor organ. Various ongoing studies are exploring this strategy. At present, however, there are only phase 1 and phase 2 trials, where the basic safety and efficacy of regulatory T cells are being tested. This means that there will be no widely applicable therapies based on regulatory T cells in the foreseeable future. The early clinical studies focus on type 1 diabetes and Crohn's disease – two autoimmune disorders – as well as on cancer and the prevention of rejection reactions following organ transplantation.

More about the winner of the Prize for Young Researchers 2020 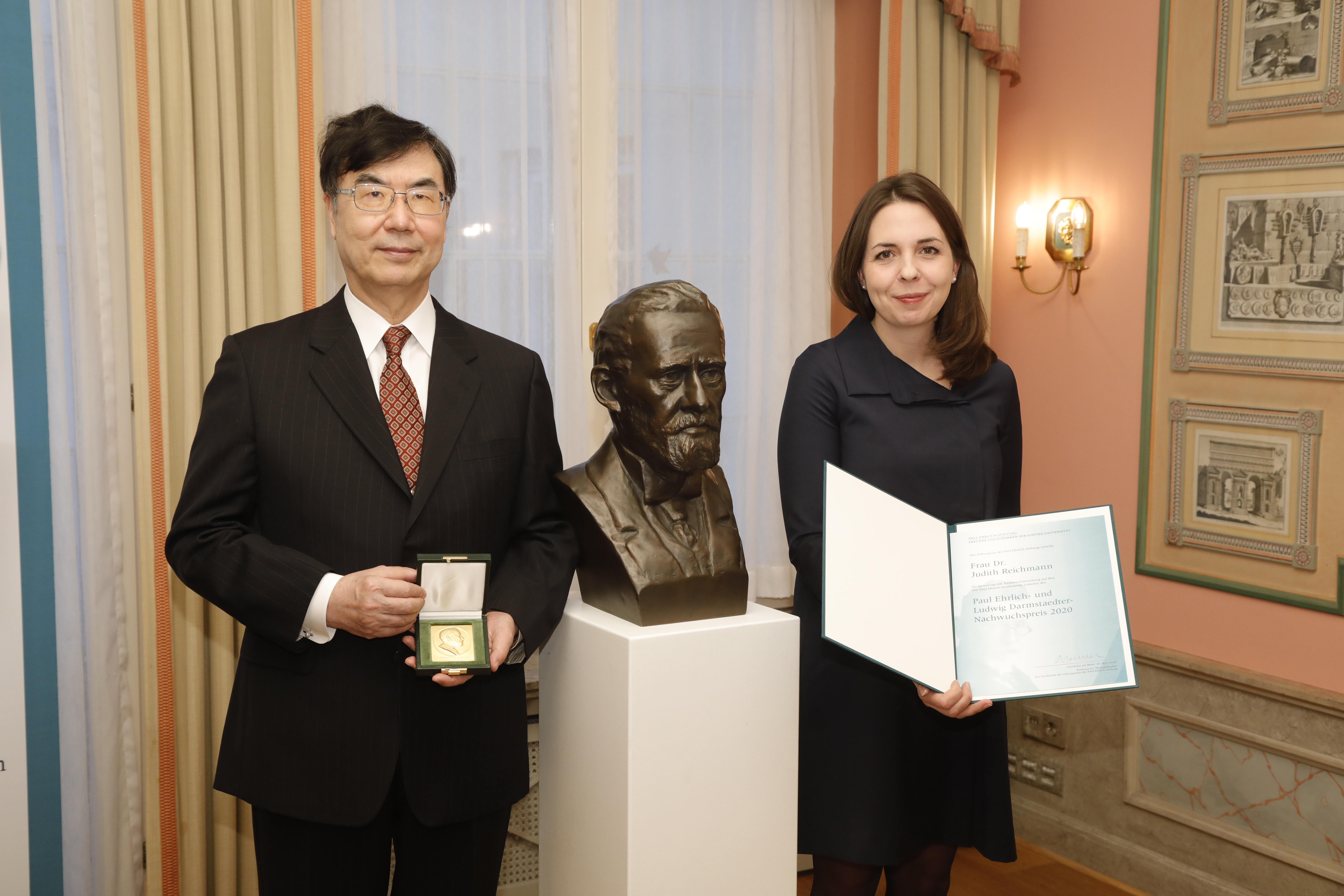