Prize Winners of the Paul Ehrlich and Ludwig Darmstaedter Prize 2016 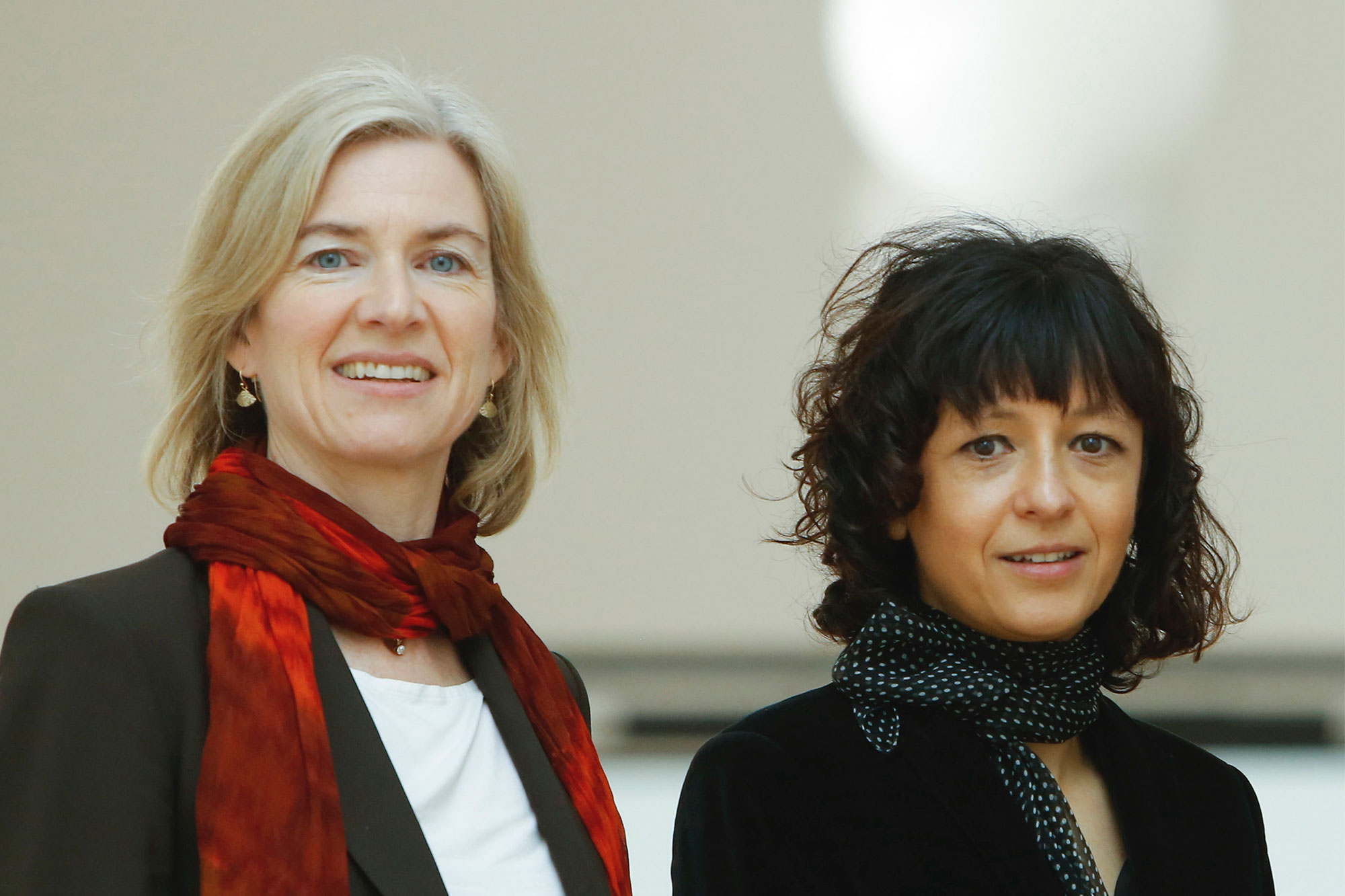 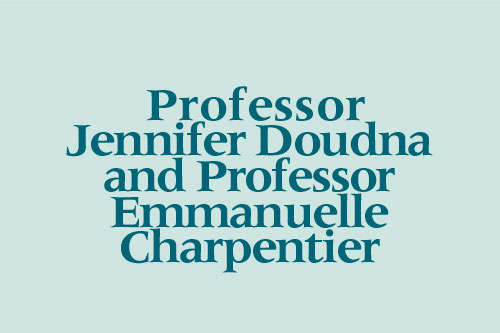 Development of a method for genome editing

Prizewinners have radically simplified genome editing and engineering Emmanuelle Charpentier and Jennifer A. Doudna have developed the bacterial gene cutter CRISPRCas9 in such a way that specific DNA sequences can be targeted and cleaved. The technology is opening up completely new perspectives for research.

Emmanuelle Charpentier from France and Jennifer A. Doudna from the USA were awarded the Paul Ehrlich and Ludwig Darmstaedter Prize for 2016 in the Paulskirche in Frankfurt. The two scientists were being honored for their pioneering work in the development of the programmable gene editing tool CRISPR-Cas9. "With this precision tool genes can be modified easily and precisely," wrote the Scientific Council of the Paul Ehrlich Foundation in explaining its decision. "The prizewinners recognized and identified this potential and demonstrated the technology's far-reaching applications." In the shortest time, CRISPR-Cas9 has become one of the most sought-after tools in molecular biology research, the Scientific Council continues. CRISPR-Cas9 is so easy to use that genome editing, which only a few years ago was extremely complicated, has become a routine procedure. The Council also paid tribute to the fact that Doudna and Charpentier were among the first to call for debate on the ethical issues because CRISPR-Cas9 can also be used to edit and engineer the germline. Charpentier is Director at the Max Planck Institute of Infection Biology in Berlin and Professor at Umeå University in Sweden. Doudna is the Li Ka Shing Chancellor's Professor at the University of California, Berkeley. The Paul Ehrlich and Ludwig Darmstaedter Prize is among the most prestigious international awards granted in the Federal Republic of Germany in the field of medicine. The Prize was presented by Professor Harald zur Hausen, Chairman of the Scientific Council.

Charpentier and Doudna were the first to demonstrate that CRISPR-Cas9, developed by bacteria as a defense against bacteriophages, can be used to target and cleave any DNA sequence. The gene cutter is programmed and controlled by a guide RNA. One of the prizewinners' achievements is that they have made the gene cutter easier and more user-friendly. Experiments in numerous laboratories have quickly shown that this simplified form works not only in the test tube but also in living cells and in many organisms. The DNA is edited and engineered in repairing double strand breaks. This makes it possible to replace or alter genes or knock them out of action. There is strong evidence that CRISPRCas9 will help cure hereditary diseases, eradicate dangerous pathogens, and breed better plants. The two prizewinners' pioneering publication in 2012 - following the breakthrough finding by Charpentier in 2011 of the CRISPR-Cas9 system - unleashed a veritable wave of CRISPR-Cas9 research. Since then, thousands of publications have appeared that reveal its true potential and describe further details and potential developments of the CRISPR technology. "This technology is changing both fundamental research and clinical and commercial opportunities in biology," says Doudna. "That's very exciting." Charpentier says: "I think that CRISPR-Cas9 has the potential to really change the biotechnology and the medical landscapes."

At the ethics summit held in Washington in December 2015, both scientists spoke out against editing of the human germline for clinical applications at this time. In the concluding statement, which Doudna as one of the organizers also signed, germline editing is deemed to be "irresponsible" unless and until the relevant ethical and safety issues have been resolved. The document also declares that norms concerning acceptable uses should be established by the international community. The summit did not call for a moratorium but rather for intensification of research within the legal and ethical boundaries.

Emmanuelle Charpentier was born in Juvisy-sur-Orge, France, in 1968. She studied microbiology, genetics and biochemistry in Paris and completed her doctorate at the Institut Pasteur. After working in New York and Memphis, notably at the Rockefeller University, Charpentier moved to the University of Vienna in 2002 and to Umeå University in 2009, where she is still Visiting Professor. Charpentier came to Germany in 2013 on a Humboldt Professorship. She first headed a Department at the Helmholtz Center for Infection Research in Braunschweig and was full Professor at the Hannover Medical School. She was appointed Director at the Max Planck Institute for Infection Biology in Berlin in October 2015. Charpentier has been awarded well over two dozen different prizes, including the three million dollar Breakthrough Prize in Life Sciences, the Leibniz Prize of the German Research Foundation and an honorary doctorate of the University of Louvain. She is a member of various science academies and associations, including Germany's Academy of Sciences Leopoldina and elected foreign member of the Royal Swedish Academy of Sciences. She co-founded CRISPR Therapeutics in 2014 and ERS Genomics in 2013.

Jennifer A. Doudna was born in Washington, DC and grew up in Hilo, Hawaii. She studied chemistry at Pomona College in California and took her doctorate in biological chemistry and molecular chemistry at the Harvard University in 1989. After her doctorate, Doudna moved to the University of Colorado. In 1994 she was appointed professor at Yale, and she has been a professor at the University of California, Berkeley, since 2002. At Berkeley she serves as Chair of the Chancellor's Advisory Committee on Biology. Doudna is also the Executive Director of the Innovative Genomics Initiative at UC Berkeley/UCSF. The co-prizewinner has been an investigator with the Howard Hughes Medical Institute since 1997. She has won numerous awards, including the three million dollar Breakthrough Prize in Life Sciences. Doudna is a member of various science academies and associations, including the National Academy of Sciences, the National Academy of Medicine, the National Academy of Inventors and the American Academy of Arts and Sciences. She is also a cofounder