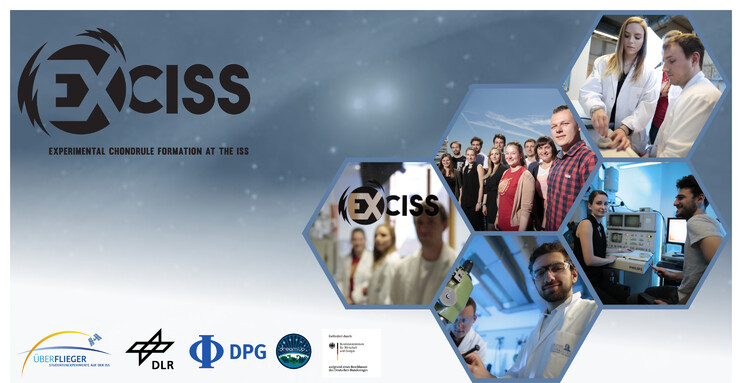 EXCISS, which stands for Experimental Chondrule Formation at the ISS is one of three experiments which won at the Überflieger competition of Deutsches Zentrum für Luft und Raumfahrt (DLR). These experiments will be performed by the German astronaut Alexander Gerst during the Horizons Mission at the international space station ISS in 2018.

However, the formation of chondrules is still the topic of intense scientific debate and many conflicting theories have been proposed.  Most of the chondrules must have formed 4.56 billion years ago. Our solar system consisted of a protosun and a dense nebula of gases and silicate/metal dust particles which is called the solar nebula. This aggregates and dust particles must have been heated to 1700–2100 K by a certain event and formed chondrules. With EXCISS, we want to study the formation of chondrules by electrical discharges.

With the EXCISS experiment, we want to recreate solar nebula conditions in a simple plate capacitor in micro-gravity and observe the behavior – e.g. melting and accretion of dust particles which are stimulated by electrical discharges.