The American Studies Department at Goethe University is one of the largest in Germany and, as part of the Institute of English and American Studies (IEAS), pursues an interdisciplinary approach, focusing on American literature, history, and culture with a strong emphasis on film and media studies. Our research and teaching draws upon a broad range of interests, theoretical approaches, and intellectual traditions that allow students to explore the richness and diversity of the American experience as reflected in various forms of cultural expression such as novels, poems, movies, pho­tographs, paintings, and historical documents, which are analyzed within national and transcultural contexts. Our inquiries are based on the premise that "America" itself has been a contested term for centuries and that issues of race, ethnicity, gender, sexuality, and class have played fundamental roles in shaping the United States, its institutions, and its culture.

Our B.A. program (offered as a major and a minor) is flexible and student-oriented: After completing the foundational modules that introduce students to the analysis of American literature, culture, and history, our program allows participants to pursue their studies according to their own research inter­ests by selecting from a range of courses in our three core areas of study.

In the literature concentration, we use innovative methods of inquiry to approach the American literary tradition from the seventeenth century to the present. Our students read American literature from a wide range of angles: in the classes we offer, literary texts are placed in historical contexts of both the American nation-state and transnational networks; they take on meaning in relation to the inequalities of race, class, and gender; they act as tools for gaining sociological insights into Ameri­can society. Whatever the specific angle, our students learn to analyze literature as aesthetic objects. Moreover, they become familiar with literary theory and learn to practice a literary criticism that is critically self-reflexive. Our seminars introduce students to the full range of genres that comprise American literature, including novels, short fiction, drama, poetry, oratory, essays, and autobio­graphical genres, such as autobiographies, memoirs, and diaries.

In the culture concentration, students analyze non-literary aesthetic objects, including the visual arts, film, music, and all kinds of popular culture. By drawing on a wide spectrum of cultural theories, analyses of individual aesthetic objects are used to shed light on larger patterns of culture that have emerged in the United States. In addition, we use the tools of cultural studies to understand the political aesthetics that shape the American public sphere. Finally, the culture concentration familiarizes students with the history of American thought, and connects this intellectual tradition with the most up-to-date cultural, social, and political theories, such as environmental criticism, post-humanism, and animal studies. The University of Frankfurt’s cultural studies concentration is excep­tional because it also devotes much attention on media and mediality. In this subfield, students are introduced to decidedly media-theoretical and media-philosophical approaches to media, film and sound, which acknowledge the fact that media are an inescapable part of collectively shared realities that shape our daily lives in myriad and complex ways. Course topics include but are not limited to experimental film, contemporary TV series, graphic novels as well as avant-garde and experimental music.

The third concentration that students can focus on is American history, which makes the University of Frankfurt’s American Studies Program unique because it is one of only three programs in Germany that offer a history concentration. Methodologically, the program’s history courses combine social, political, and cultural history, which means that ordinary people’s lives and the social movements they joined are considered as relevant as the political decisions that shaped U.S. society and the multi-layered meanings ascribed to these events. Topics that are covered in these courses include African American history (e.g. slavery and the civil rights movement), gender history (e.g. gendered heroism and the history of American masculinities), and historical memory (e.g. the memory of the Civil War and the Vietnam War).

No matter what specific set of classes students choose, they are encouraged to develop a set of analytical and research skills that will be useful for future careers in academia, journalism, education, communications, and other fields. In addition, students can take part in extracurricular activities such as the IEAS’s Chaincourt Theatre Group and its creative writing projects (Student Anthology). Finally, students can take advantage of numerous foreign exchange programs that allow them to study in the United States. 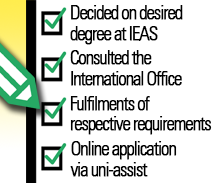 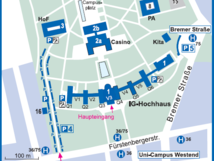