Already the first Paul Ehrlich Prize honored a future Nobel laureate. It was awarded on March 14, 1930, in the presence of its founder Hedwig Ehrlich in the auditorium of the University of Frankfurt. It was awarded to Karl Landsteiner, who had discovered the existence of blood groups in humans and thus made safe blood transfusions possible. Nine months later, Landsteiner received the Nobel Prize in Physiology or Medicine.

Landsteiner, born in Vienna in 1868, became an American citizen in 1929. He had been working at the Rockefeller Institute in New York since 1922. Because he was "unfortunately prevented from attending the ceremony in person, he made available the manuscript of a lecture. Prof. v. Mettenheim, dean of the medical faculty and vice-chairman of the foundation board, read it to the audience. In this lecture, Landsteiner describes in his modest way how he based his own research on Ehrlich's ideas," writes the secretary of the Paul Ehrlich Foundation in his meeting report . At that time, the Ludwig Darmstaedter Prize was still an award in its own right.

Blood from his own research group
In a similarly modest way, Landsteiner had already communicated the observation that should become of great importance for medicine. As an assistant at the Institute of Pathology and Anatomy at the University of Vienna, he had devoted himself with particular interest to the study of blood - especially to the question of why it can clump together in mixtures of different donors. In 1900, in a footnote to a publication, he stated: "The serum of healthy human beings has an agglutinating effect not only on animal blood cells, but often also on human ones derived from other individuals. It remains to be decided whether this phenomenon is due to original individual differences or due to the effect of damage of a bacterial nature, for example."

To make his decision, Landsteiner first drew blood from himself and his working group, and later also from some patients, and mixed "approximately equal quantities of serum and quite approximately 5% of blood suspension in 0.6% saline solution" from each of two test subjects. In total, he crossed serum and blood from 22 samples in this way. The result: "In a number of cases (group A) the serum reacts to the corpuscles of another group (B), but not to those of group A, while again corpuscles A are affected by serum B in the same way. In the third group (C) the serum agglutinates the corpuscles of A and B, while the corpuscles C are not affected by the sera of A and B. According to the usual expression, it may be said that in these cases at least two different kinds of agglutinins are present, one in A, the other in B, both together in C."

Life-saving transfusions
Today we know that Landsteiner's group C corresponds to blood group 0. Shortly after Landsteiner's original discovery, two of his colleagues discovered a fourth and by far the rarest blood group, AB, whose serum does not agglutinate other blood cells, while its corpuscles are affected by the sera of A and B. Thus, as Landsteiner worked out, agglutination is caused by antibodies in a person's serum, which are directed against antigens A and/or B on the surface of another person's red blood cells. When whole blood is transfused, people with blood group AB are therefore universal recipients, and people with blood group 0 are universal donors. Thanks to this insight, the first successfully planned blood transfusion was performed in 1907 at Mount Sinai Hospital in New York. Although such transfusions had been undertaken repeatedly since the 17th century, they had almost been abandoned as a therapeutic option because of the deaths frequently associated with them as a result of clots clogging the blood vessels. Knowledge of hereditary blood groups also proved useful in criminology and in proving paternity.

Landsteiner's scientific achievements, however, extend far beyond his most important discovery. For example, he proved that poliomyelitis (polio) is an infectious disease, refined the diagnosis of syphilis, and described haptens - small molecules that only become antigens when combined with a protein - for the first time. Using tartaric acid as a hapten, he demonstrated that antibodies are able to distinguish stereoisomers. In 1940, he discovered the rhesus factor as a further erythrocyte antigen.

With a prophetic intuition
Incidentally, the Foundation Council demonstrated an excellent sense for "great scientific deeds" with an almost prophetic touch when it awarded the Paul Ehrlich Prize in 1932 to Oswald Avery, who already then was an outstanding bacteriologist. Immortal fame did he earn twelve years later when he proved in 1944 that genetic information is transmitted not by proteins but by the nucleic acid DNA. This was so contrary to the prevailing opinion at the time that he never received a Nobel Prize for this epoch-making discovery. 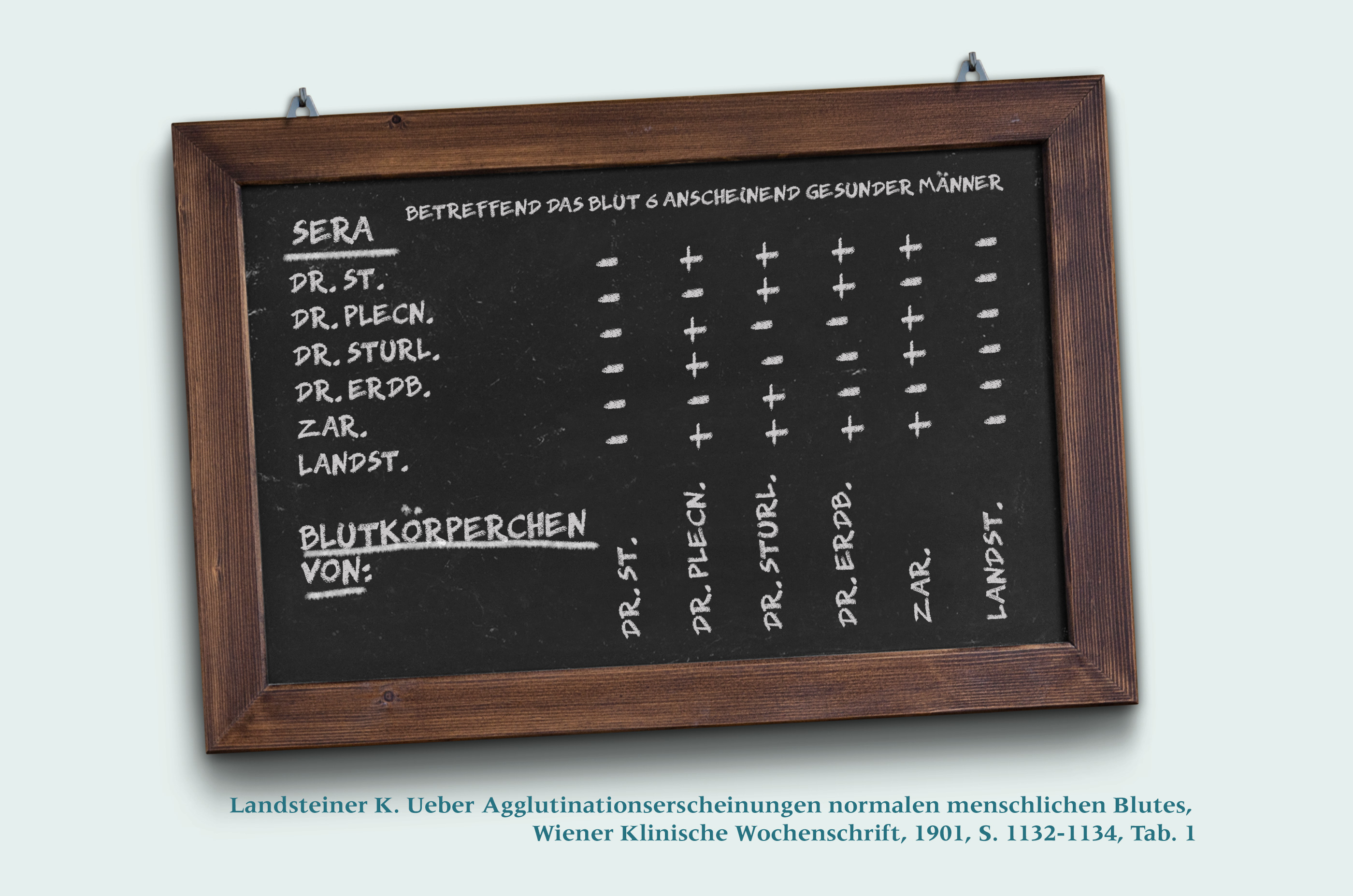